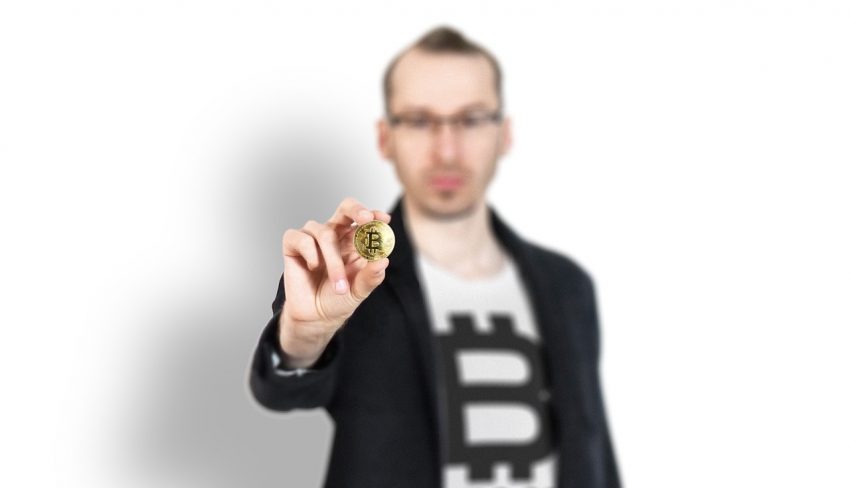 There is a ghost going around in the financial world, and this time it is not communism that is frightening the money establishment. The ghost today is called “crypto currencies”, and it threatens to turn the established power structures in the global financial industry upside down. Similarities with the communist manifesto are limited to the promises of salvation we hear from proponents of the new digital currencies:

The overthrow of the traditionally non-transparent, corruption-prone and completely overpriced business model of the banks, more democracy in companies and in the state, fairness in global trade, the enforcement of social justice, up to and including a wealth turbo booster for the poorest of the world. More about this topic at skatox.com.

Of course, it is not political idealism with the goal of creating a more just society that drives the current hype about Bitcoin and other crypto currencies. Rather, it is the same exclamation that came out of San Francisco in exactly the same year that Marx and Engels announced the coming of communism: “Gold! Gold! Gold from the American River!”

It is the reputation of fast money that has lost nothing of its effect even 170 years after the Californian gold rush. Who can ignore the fact that millions can quickly be made here? Only that today one no longer has to travel arduous thousands of kilometres to “mine” the new gold, but only needs to go on the Internet. “Digging”, so it is actually said, is when one tries to acquire new Bitcoins with the computing power of one’s own computer (which consumes an enormous amount of electricity overall and burdens the global CO2 balance – this is a little considered and unpleasant side aspect of Bitcoin). And already after the brilliant crypto-crash of 2018, which caused the unsuspecting to lose 80% of their use to the completely unregulated and often anything but transparent Bitcoin stock exchanges, a new hype is looming. In fact, anyone who wants can create their own digital currency. Meanwhile, there are more than 2000 of them, with names like Ripple, Stellar, Golem, FunFair, HalloweenCoin or SnakeEyes, some sound like ecstasy varieties 20 years ago.

Here memories of the noble coinage right in the Middle Ages come to mind, with which every nobleman who owned it was allowed to mint his own coin currency. What’s more, crypto currencies are ideal for criminal activities: money laundering, ransom extortion by hackers, embezzlement, arms dealing in darknets, etc. – crypto currencies are ideally suited for all of this. They are the monetary equivalent of darknet. One of many examples is the crypto exchange QuadrigaCX, whose founder embezzled the deposits of his customers to the tune of several hundred million dollars for his private purposes.

But “Blockchain”, the technology behind Bitcoin, actually has the potential for a technological paradigm shift. It could wipe out a significant group of key agents in the global economy, the so-called intermediaries. Today, institutions such as banks, stock exchanges, notaries, accounting firms and numerous government institutions (e.g. central banks, tax authorities and regulators) control a large part of our economic life. They stand for a central condition for the smooth running of any economic activity: trust. Banks guarantee financial assets, a “banknote” is a store of value that is (mostly) reliable. A notary guarantees the legal certainty of a contractual agreement, central banks, that the paper notes in my hand have a value. State authorities ensure that the rules are observed in the international banking business. They are all “agents of trust”. Blockchain technology opens up entirely new opportunities for confidence-building in business and trade.

Probably the most prominent example is the new and decentralized way of defining the central unit of economic exchange: money. Blockchains allow payments to be processed without the need for a central bank or government currency that creates trust. The functionality of blockchains is as simple as keeping a business journal, only with many more entries and decentralized and global administration: Blockchains are electronically stored journals (“blocks”), which – hence the name – are linked in a chain and are stored on many computers at the same time and can be viewed by everyone. The ownership of the money corresponds to the possession of a secret digital key that guarantees access to the credit in one’s own digital wallet. This is used when the money is to be transferred to someone else for payment. Such a transaction is then entered in the block chain. While in normal payment transactions we have to trust a bank or other intermediary that guarantees the security of the transaction, in a block chain this is the task of the community of all parties involved. A payment is approved by the majority of participants upon presentation of the correct key. Corrections to the system are only possible if the majority of participants agree to them. Due to the high number of participants, this is hardly possible after a short while. In concrete terms, no one can spend a bit coin twice. The entries of the blocks in the block chain are taken over by decentralized nodes for which their owners are paid (this is the case with the Bitcoin block chain; there are also other models): They receive new currency units for their activities. This is the “mining” of new Bitcoins mentioned above.

Money as we know it today could even disappear completely. The lawyer who buys bread from the baker pays with a direct transaction, for example with his mobile phone, which is then immediately booked in the block chain. For his part, he receives all of his own work directly paid into his digital account by his customers. Money is then no longer needed as an intermediary between various business entities and their purchases and sales. So it is no wonder that this technology has now also reached Facebook: With “Libra”, the company wants to create its own crypto currency and in many cases completely replace paper money and even credit cards. The goal of Facebooks is to create a more efficient payment system that owners can use immediately and directly via apps on their mobile phones. This includes transferring money to friends or family members, paying merchants for services or goods, and replacing cash in regions that do not have access to banks. The crux of the matter is: Libra is not a real blockchain currency at all, has neither blocks nor chains: instead of working like a traditional Distributed Ledger, as explained above, Libra uses a single data structure that records all transactions and states over time (centrally!).

These are validated via a network of 27 companies, including well-known names such as Visa, MasterCard, PayPal, eBay, Uber and Vodafone. Libra therefore lacks the five central characteristics of blockchains: it is neither open nor public, is not censored, unchangeable, neutral or limitless.

This is exactly what critics are calling on the plan

After all, Facebook has long since made a name for itself for questionable data protection practices. Even the US Senate’s Banking Committee has already looked into the plans for Libra and held a hearing to discuss its potential impact and regulatory concerns. And Randal Quarles, chief supervisor of the international financial community, says that a wider use of new types of crypto currencies such as Libra for retail payments requires close scrutiny by the authorities. So there is a good reason for being critical. But even though Libra is created by one of the most questionable companies ever, it could be a milestone to make crypto currencies a more widely accepted technology.